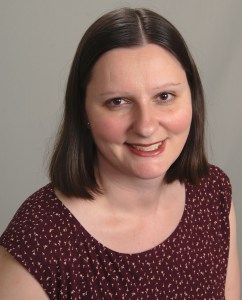 Adriana Bankston is a scientist, advocate and mentor at the intersection of research, higher education, science policy, and workforce development.

Adriana is a Principal Legislative Analyst at the University of California Office of Federal Governmental Relations in Washington, DC, where she serves as an advocate for the university with Congress, the Administration and federal agencies.

Prior to this position, Adriana was a Policy & Advocacy Fellow at the Society for Neuroscience, where she provided staff support for special and on-going projects, including the society’s annual lobby event and the annual meeting.

Adriana empowers early career researchers in science policy through a variety of leadership roles. She is the Chief Executive Officer & Managing Publisher of the Journal of Science Policy & Governance, an internationally recognized non-profit organization and peer-reviewed publication dedicated to empowering early career scientists, engineers, and policy professionals in international science policy debate. She is also a Biomedical Workforce & Policy Research Investigator at the STEM Advocacy Institute, as well as a member of the Engaging Scientists and Engineers in Policy (ESEP) Coalition Steering Committee. She serves as Co-chair of the Neuropolicy Committee with the Society for Neuroscience DC Metro Area Chapter, and is Co-Chair of the Education Task Force with the Women in Government Relations professional society in Washington, DC.

Adriana was previously Co-Director of the Policy Taskforce at Future of Research, served as Co-vice Chair of the Policy, Education & Advocacy Writing Team on the Advocacy Committee for the National Postdoctoral Association, and is a former Associate Member of the Public Policy Committee for the American Society for Cell Biology. She is also a Review Editor for Frontiers in Research Metrics and Analytics Journal, Research Policy and Strategic Management Specialty Section.

Adriana’s work has appeared in InsideHigherEd, Nature, Science Careers and the Union of Concerned Scientists Blog, in addition to blogs from several scientific societies. She has been invited to speak at a number of venues, including the U.S. National Academies of Sciences, Engineering and Medicine and the AAAS Catalyzing Advocacy in Science and Engineering (CASE) workshop.

Adriana earned her Ph.D. in Biochemistry, Cell and Developmental Biology from Emory University. In addition to scientific publications, Adriana published on higher education issues in Studies in Graduate and Postdoctoral Education, eLife and PeerJ Preprints.